One of the worlds most popular movie stars and Hollywood’s greatest style icons was born in 1929 in Brussels, Belgium with the name Audrey Kathleen Ruston. Her father was Joseph Victor Anthony Ruston and her mother was Dutch Baroness Ella van Heemstra. She grew up in England where her father abandoned the family when she was only eight years old. When World War II came her mother decided to move to The Netherlands – on the ground that it was a neutral country. But soon The Netherlands were also invaded by German Nazies. Audrey learned to take part in the war, but not as a sympathizer like her mother, but as a part of the resistance.

During the war Audrey often starved and was forced to eat whatever, even tulip bulbs. The terrible circumstances made her ill and later her fragile and skinny body became a barrier for the dance career she dreamed of. But then faith took another turn for the young lady.

Back in England after the war she tried out for parts on stage and in films, but in in 1952 a French novelist called Colette discovered her in Monaco. Hepburn was offered a leading role in Colettes Broadway novel Gigi. Her performance got Hollywoods attention and soon she stared in the movie hit Roman Holiday which landed the only twenty-four-year-old Hepburn a Academy Award for best actress. In 1954 her next big role came with the movie Sabrina co-staring William Holden and Humphrey Bogart. Her most popular movies was: Roman Holiday (1953), Ondine (1954), Sabrina (1954), Funny Face (1957), The Nun’s Story (1959), Breakfast at Tiffany’s (1961), Charade (1963), Paris When It Sizzles (1964), My Fair Lady (1964), How to Steal a Million (1966) and Wait Until Dark (1967). In all, Hepburn stared in no more than twenty-seven movies during her career – many of them became classics – and she had the pleasure of working with Cary Grant, Fred Astaire, Rex Harrison, Mel Ferrer and Sean Connery. She won many awards and was nominated for even more. Hepburn is one of the few entertainers who have won Oscar, Emmy, Grammy and Tony Awards.

In 1967 Audrey Hepburn decided to spend more time doing humanitarian work and in 1988 she left her acting career to devote her time to work for UNICEF. Hepburn worked in some of the poorest places of Africa, South America and Asia up until 1992. She received her last award in 1992, but this time it was not for her skills on screen but as a great humanitarian. She was awarded with the Presidential Medal of Freedom in the age of sixty-three and only a month later she died of cancer in her home in Switzerland.

The journalist Mark Tungate once described her as a recognizable brand.

Audrey Hepburn was without a doubt seen as a feminine ideal that appealed more to women than to men. She was an elegant and classy contradiction to the curvy and more sexual Marilyn Monroe and Elizabeth Taylor. The famous fashion photographer Cecil Beaton even declared Hepburn to be: embodiment of our new feminine ideal. The fashion magazine Vogue often reported on her style. She and Twiggy set the grounds for a new ideal, and made the very slim body figure fashionable.

Hepburn was in particular associated with French fashion designer Hubert de Givenchy, who designed her on-screen wardrobe when none of them had made a name for themselves yet. Hepburn became Givenchys muse and they formed a lifelong friendship.

Her style was iconic: minimalistic, simple silhouettes, monochromatic colors and statement accessories. She is known for black slim trousers, flat ballet-style pumps and a fine black jersey. Also, Hepburn invented the term: the little black dress. Back then, women still wore skirts and high heels more often than trousers and flat shoes. Hepburn boosted the sales of the classical Burberry trench by wearing it in Breakfast at Tiffany’s. She turned many trends into classical everlasting style. Take a look at her elegant dresses through time, right here.

Audrey Hepburn was a true lady. She gave her best to the people she loved, she was a forgiving, charitable and well-educated woman, with a heart of gold. She loved to dress up and became, not only a style icon for many women in her time, but also for many women since. She is a great inspiration of character and will power, and that is why you will often find her being quoted. My favorite Audrey Hepburn quotes are: happy girls are the prettiest, and…

Elegance is the only beauty, that never fades

Audrey Hepburn never wanted to write an autobiography about her life, but Melissa Hellstern did. Learn more about the graceful lady and style icon in the book: How to be Lovely – The Audrey Hepburn Way of Life. 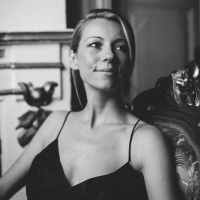